We use cookies to make your experience better. To comply with the new e-Privacy directive, we need to ask for your consent to set the cookies. Learn more.

Interested in Revision's power management solutions and other capabilities?

Operators of all kinds rely on mobile devices and power-hungry equipment in remote, unpredictable environments. Effectively, users are equally beholden to their energy reserves—how much juice is required to power all equipment for a set duration, without disruption. Any uncertainty on this front has immediate consequences: slowing the mission down, distracting attention, limiting capabilities. Each setback compounds the next; time lapses spawn new threats and hazards.

By giving users more control over their power management, Revision’s Nerv Centr products change the shape of the mission at hand—supporting equipment for longer durations and bolstering the reliability of equipment, without fail. Nerv Centr products are designed to be versatile, vastly compatible, and plug-and-play ready—for harvesting and allocating power during long-haul operations in remote and austere environments. In today’s battlefield, where electronic devices play a central role, this power management technology is an essential support system and safety net.

The cases below represent a cross-section of Nerv Centr uses, prime examples of the adaptability and high-stakes performance of SharePack, SoloPack, SPM, ABC, and the bevy of supporting Nerv Centr equipment. 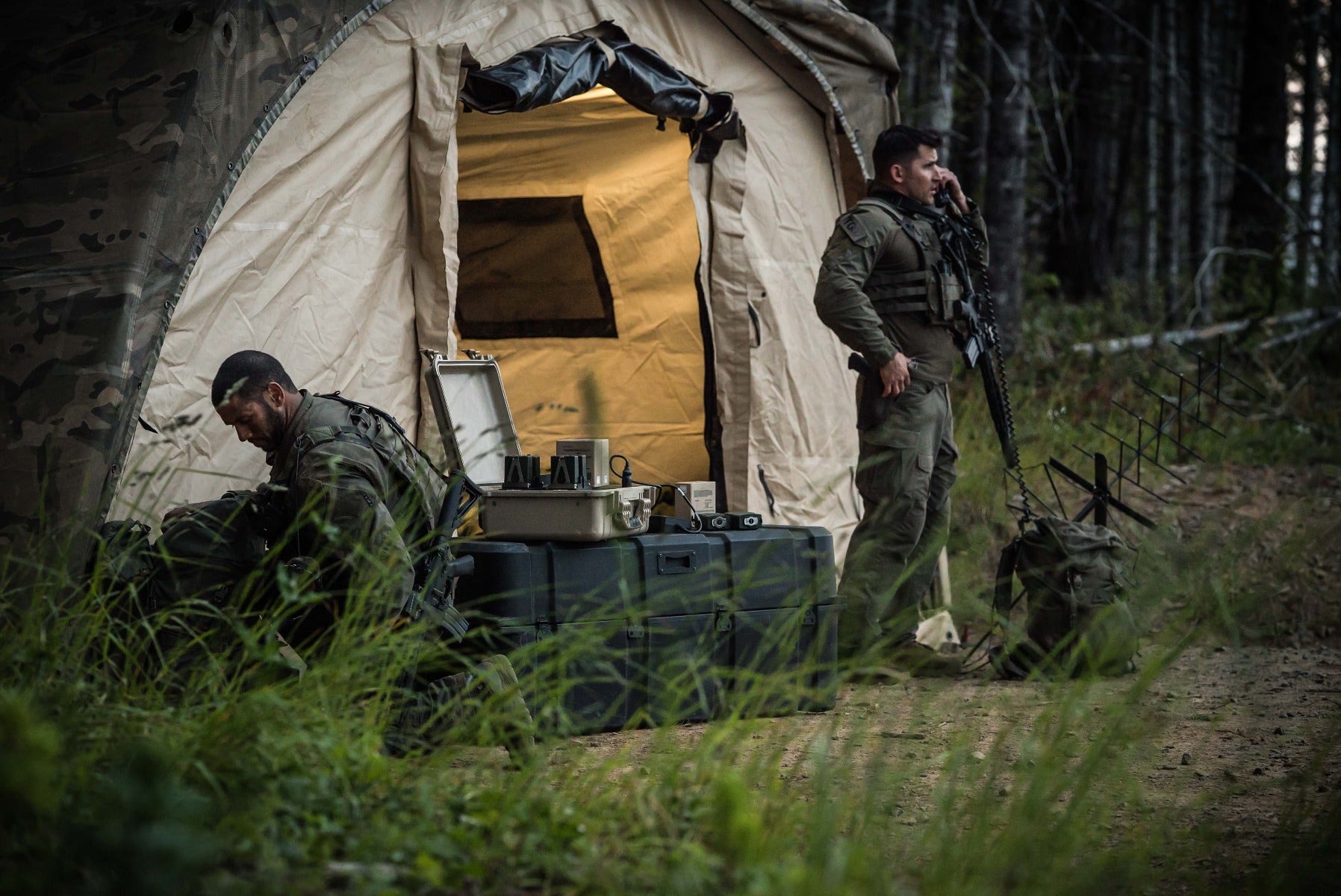 The understanding of the military operational environment has transformed from a primarily linear understanding of a “battlefield”, to a multi-dimensional system of systems known as the “battlespace”. This system-of-systems understanding implies that managing the battlespace has become more complex, and unit commanders on the ground are expected to understand the effects of their actions on the operational environment as a whole. To this end, unit and individual-level Battle Management Systems (BMS) are becoming increasingly important—the U.S. Army’s NETT Warrior program being just one example.

Increased medical capability and automation of laboratory, documentation, and monitoring equipment has dramatically changed how patients are managed in the field. Additionally, decreases in equipment size and power consumption—and the ability to quickly build and manage local mesh networks—has led to the delivery of first-world hospital care capability to even the most remote and inhospitable parts of the globe. While these technological advances have greatly increased the operational capability of medical teams, they also now deploy with a host of communications, computing, and medical equipment—all of which require batteries to sit on a patient for extended periods of time to provide field medical care. Also, as U.S. and Allied forces are having to retake land and rebuild infrastructure, the “Golden Hour” is significantly extended and the need to provide power for austere prolonged field medical care from a ruck, truck, wall, or plane is ever more critical.

Explosive Ordinance Disposal teams need a wide range of tools to perform their range of tasks, they need heavy protective gear to help keep them safe, and they need to always be one step ahead of the bad guys. EOD operators do much more than just defuse unexploded bombs; they’re trained to disarm improvised explosive devices, to neutralize chemical threats, and even render nuclear weapons safe. Assigned to some of the most dangerous missions, they perform tactically harrowing and technically demanding tasks in austere environments worldwide—and they use a wide range of power tools and electronic equipment to get the job done. 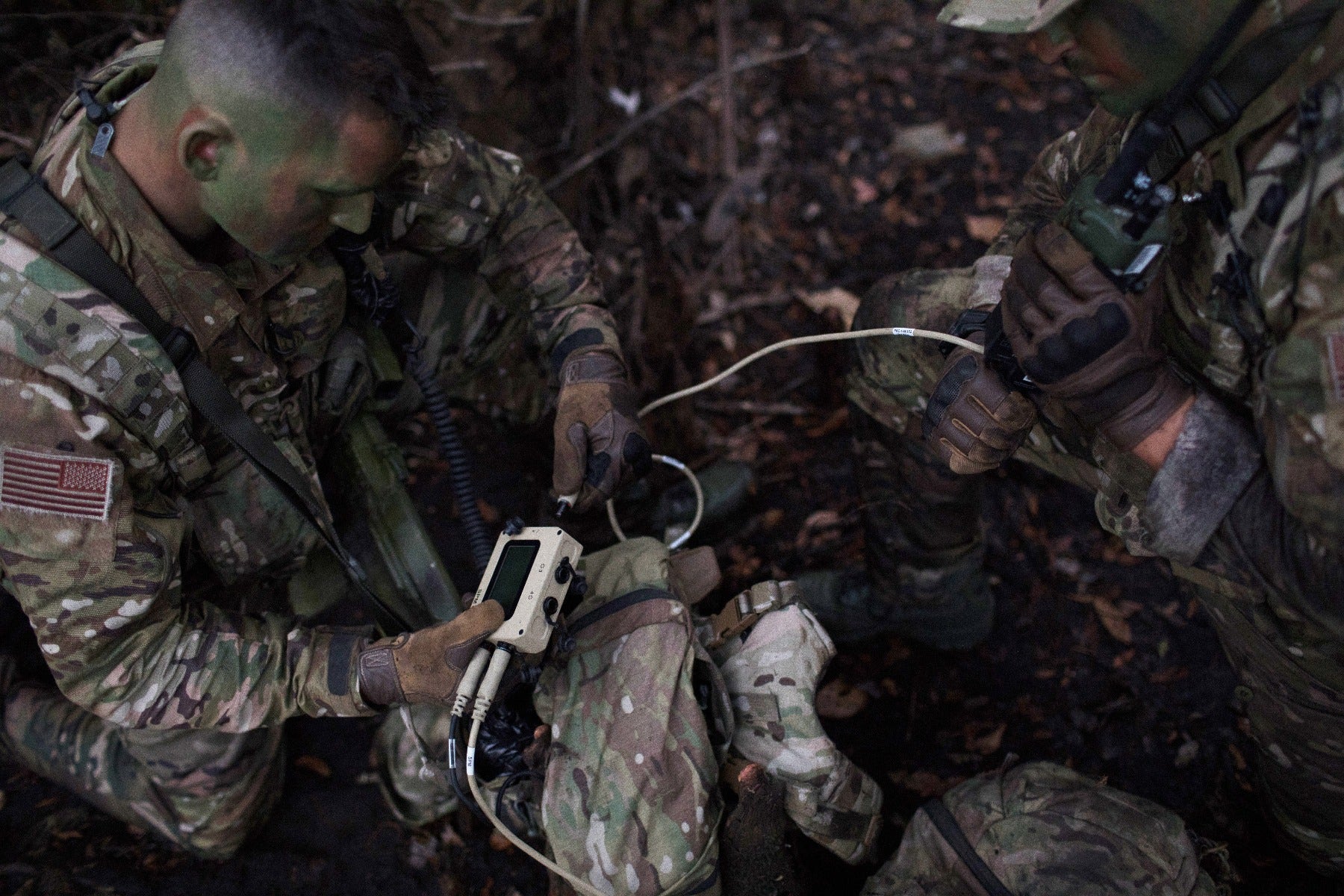 Special Operations Forces (SOF) are tasked with conducting a wide array of missions in austere and uncertain situations, for extended periods of time. SOF communicators must have the ability to effectively communicate between elements, to higher headquarters, and with their partner forces using multiple organic and non-organic radios, computers, and other devices. Based on their mission, environment, and reporting criteria, SOF communicators may have several PACE plans to account for, with multiple communications platforms in each plan.

SOF teams and small, specialized units are often tasked with reconnaissance and surveillance on a target—to gather intelligence, situational awareness, and pattern of life (POL) for follow-on action. This information is gathered using state-of-the-art surveillance equipment, cameras, and sensors. Information must be transmitted back to planners and other forces by SATCOM or other radio waveforms.

Remote and undeveloped locations present serious obstacles for keeping drone batteries charged. Military UAV and UGV operators often face significant challenges to keep their platform and ground station batteries charged in such conditions. Portable power management solutions can be carried or worn and draw power from any available source—such as a solar array, a vehicle DC outlet, an AC plug, or scavenged from spare or found batteries. Operators use these systems to convert and use that power to charge platform, ground station, or support equipment batteries, with more batteries being charged sequentially.