The store will not work correctly in the case when cookies are disabled.
Menu
Account
Settings
Language
Change Language

From February 19 through March 22 of this year, some 1,900 U.S. Marines participated in the Cold Response live-fire exercise in the Trøndelag counties of Central Norway.[i] This operation was specially designed to test troops’ ability to operate in the cold and snow, strengthen ties with allies and counterparts in the region, and to inspect military gear stowed away in climate-controlled caves. This year, this annual challenge boasted a total of 16,000 troops from 15 different countries; it’s the first time a comparable-sized force assembled in the region for an exercise since 1995.[ii]

The Arctic is the only region in the world where borders remain relatively unregulated—Russia, Norway, Denmark and Canada have all made submissions to the U.N. claiming ownership of portions of the Arctic seabed and seaway passages. The U.S., in particular, has shifted focus and resource investment to this region, in part in response to various power plays by Russia in this and other areas in recent years.[iii] [iv] At the end of last year, Russia made moves to strengthen its military presence in the Arctic region, sending troops and missiles to bolster its position in the competition for the region’s extensive oil and gas reserves, while also developing plans for six new bases.[v] In an adjacent move, the U.S. Department of Defense initiated Operation Atlantic Resolve, a “demonstration of continued U.S. commitment to collective security through a series of actions designed to reassure NATO allies and partners of America's dedication to enduring peace and stability in the region.”[vi]

While there is an abundance of maritime and naval operations going on in this contested region and surrounding areas, there are also increased numbers of trainings and operations occurring with soldiers on the ground, enduring and acclimating to extreme temperatures in the field. In parallel to Operation Atlantic Resolve, as it was gaining traction in March of 2015, Norway sent 5,000 troops to conduct military exercises between Alta and Lakselv in Finnmark County, which borders Russia.[vii] This was the largest military operation in decades for the Scandinavian nation. And, this year, at the same time as Cold Response 2016, approximately 2,500 Canadian Army soldiers participated in training exercises to maintain Arctic readiness. The U.S. Army National Guard, the New Zealand Armed Forces, and the Polish Armed Forces also contributed soldiers to the training. Canadian National Defence Minister Harjit S. Sajjan stated plainly, "The protection of our northern borders remains a key security priority for Canada. The Department of National Defence and the Canadian Armed Forces are fully committed to exercising our northern sovereignty."[viii] Such trainings are conducted regularly by an increasing cohort of nations around the world.

Apart from strengthening military maneuverability in these regions, such trainings are also designed to aid troops' ability to quickly respond to threats and domestic emergencies, such as natural disasters and extreme weather events. Extreme weather knowledge and cold weather skillsets are vital for modern forces because troops are increasingly spread ever-farther across the globe, for longer durations, and are exposed to a variety of seasonal shifts in varied climates and terrains. For instance, while operations in the Middle East are most often associated with the desert and extreme heat, there is also an abundance of mountainous terrain, where temperatures and conditions vary considerably. In particular, in excess of ten-thousand troops remain in Afghanistan, where temperatures can fall as low as 5°F (-15°C) in higher altitudes, with average temperatures inland hovering between 28°F (-2°C) and 19°F (-7°C) between November and February; in 2012, this was exacerbated by record cold and snowfall that claimed dozens of lives and necessitated additional humanitarian aid and personnel in the region.[ix] [x] [xi] This is one example among many where perception and experience don’t align, and displays the need for increased climate preparedness on a larger scale. 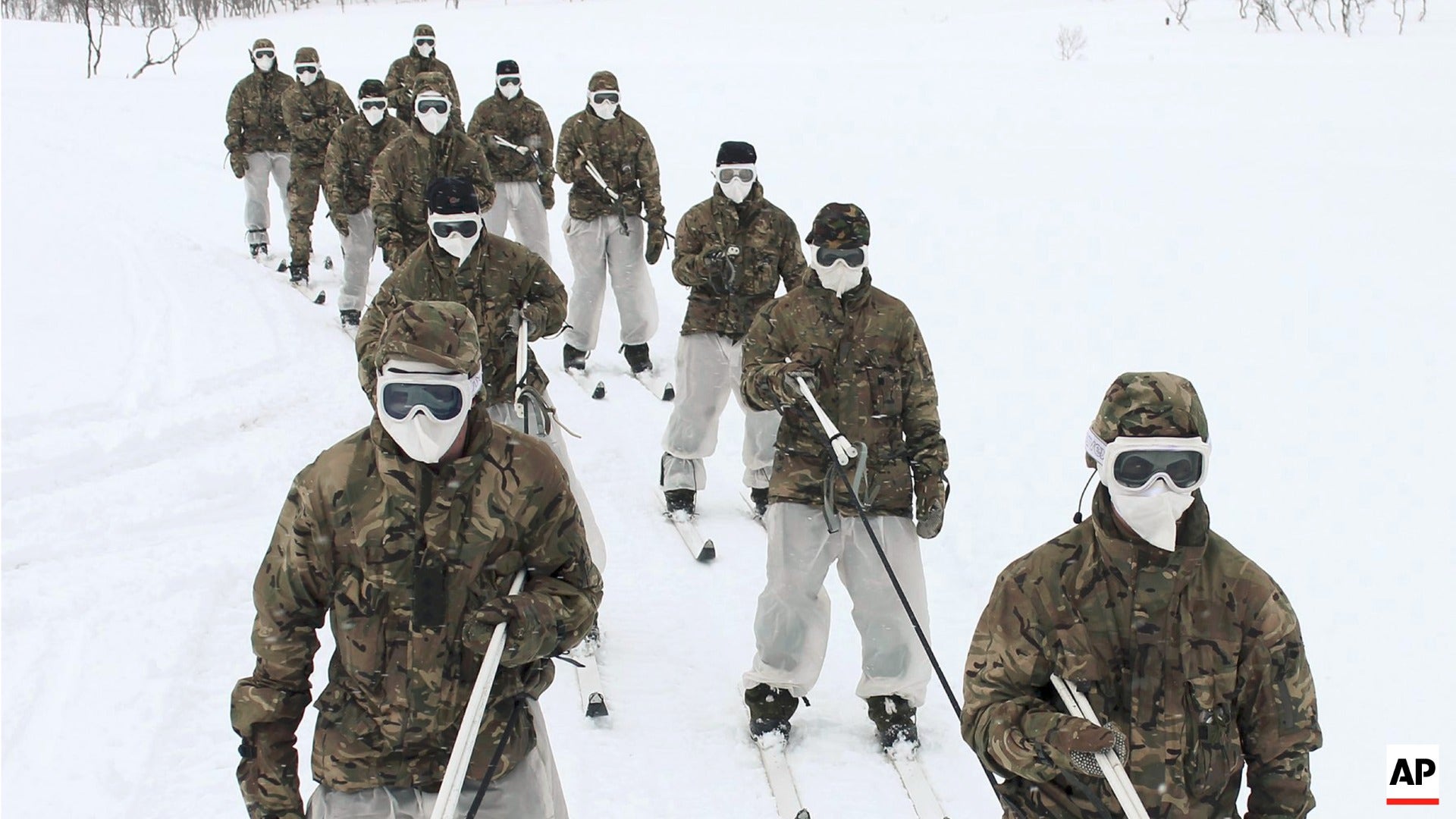 Body temperature is regulated within a narrow range. This complex balance must account for behavior, physiology, and environmental factors. When environmental elements overwhelm the body’s natural response mechanisms, there are myriad detrimental effects. In extreme conditions, it doesn’t take long for this balance to tip, and for these effects to take hold—before long, cold stress turns to cold strain and beyond. Cold stress, as a general term, refers to environmental and/or personal conditions that remove body heat and decrease body temperature, activating biological survival responses. Cold strain, on the other hand, refers to the physiological and/or psychological consequences of cold stress.[xiv] Soldiers can operate in cold environments if they are appropriately clothed, have adequate shelter and protection, consume adequate food and water, and have sufficient rest; if any one element is lacking, physical functioning deteriorates rapidly.

Because heat is lost from exposed body surface faster than it is replaced, skin temperature declines quickly. Following the initial decline in skin temperature, vasoconstriction takes place, increasing blood pressure, and diverting blood flow to the body’s core in attempt to maintain overall body temperature and functioning. In the process, and with extended exposure, extremities—fingers, toes, cheeks, nose, and ears—are susceptible to injury. [xv] Chilblain is a non-freezing CWI that can occur after 1-5 hours in cold-wet conditions when skin temperature approaches but remains higher than 32°F (0°C). The most commonly affected areas are the dorsal surface of the fingers, but the ears, face, and other exposed skin are also vulnerable.[xvi] Frostbite accounts for the largest number of CWIs each year, occurring when tissue temperature falls below approximately 28 to 30°F (-2 to -1°C), causing injury or destruction of the skin and underlying tissue.[xvii]

Cold exposure elicits increased metabolic heat as the body tries to compensate and stave off overall core heat loss; this is detrimental in extreme and active scenarios, such as military operations, where resources need to be conserved. For every 1.8°F decrease in core or muscle temperature, maximal endurance exercise capability drops by about 5%, exercise endurance time is lowered by about 20%, and maximal strength and power output is lowered by about 5%.[xviii] Cold strain can degrade mental performance, especially for complex thinking tasks, by 17% to 20%. Memory registration for newly presented information is impaired when core temperature falls between 94 and 95°F (34.5 and 35°C).[xix] Short-term memory has been shown to decline up to 20% with significant peripheral cooling, even with no change in core body temperature.[xx] Vigilance decrements occur with a falling body temperature, and recall accuracy is impaired by 13% at low ambient temperatures that cause skin temperatures to fall.[xxi]

If the body’s core temperature drops significantly, hypothermia sets in. Cellular metabolic processes shut down and major organs fail. Cardiac instability is common with hypothermia and in some cases may precipitate sudden death by cardiac arrest.[xxii] An important planning consideration is recognizing that as soon as physical activity stops, body heat loss will be significant. Heat loss from the bare head can be up to 50% of the total loss in 25°F (-3.9°C) air or lower, when adequately clothed over the rest of the body. Watch caps and balaclavas can decrease this heat loss substantially, especially when put on before cold sensation is pronounced for the wearer.[xxiii]

Soldiers require cold weather clothing that can accommodate a range of ambient temperatures and physical activity levels, and that can protect against wind, rain, and snow. Over the years, Revision has increased its focus on extreme environmental factors, integrating this into the design and development of protective gear. While man-made threats are typically the focus in development, superior protective equipment design takes into consideration the end use of the system to meet the demands of the environment and the battle-space. Eyewear, in particular, needs to be optimized for everyday use and long durations of wear. Everything—body, equipment, and environment—needs to work in unison. In this harmony, the effectiveness of the gear, and its capacity to protect the user, is maximized. 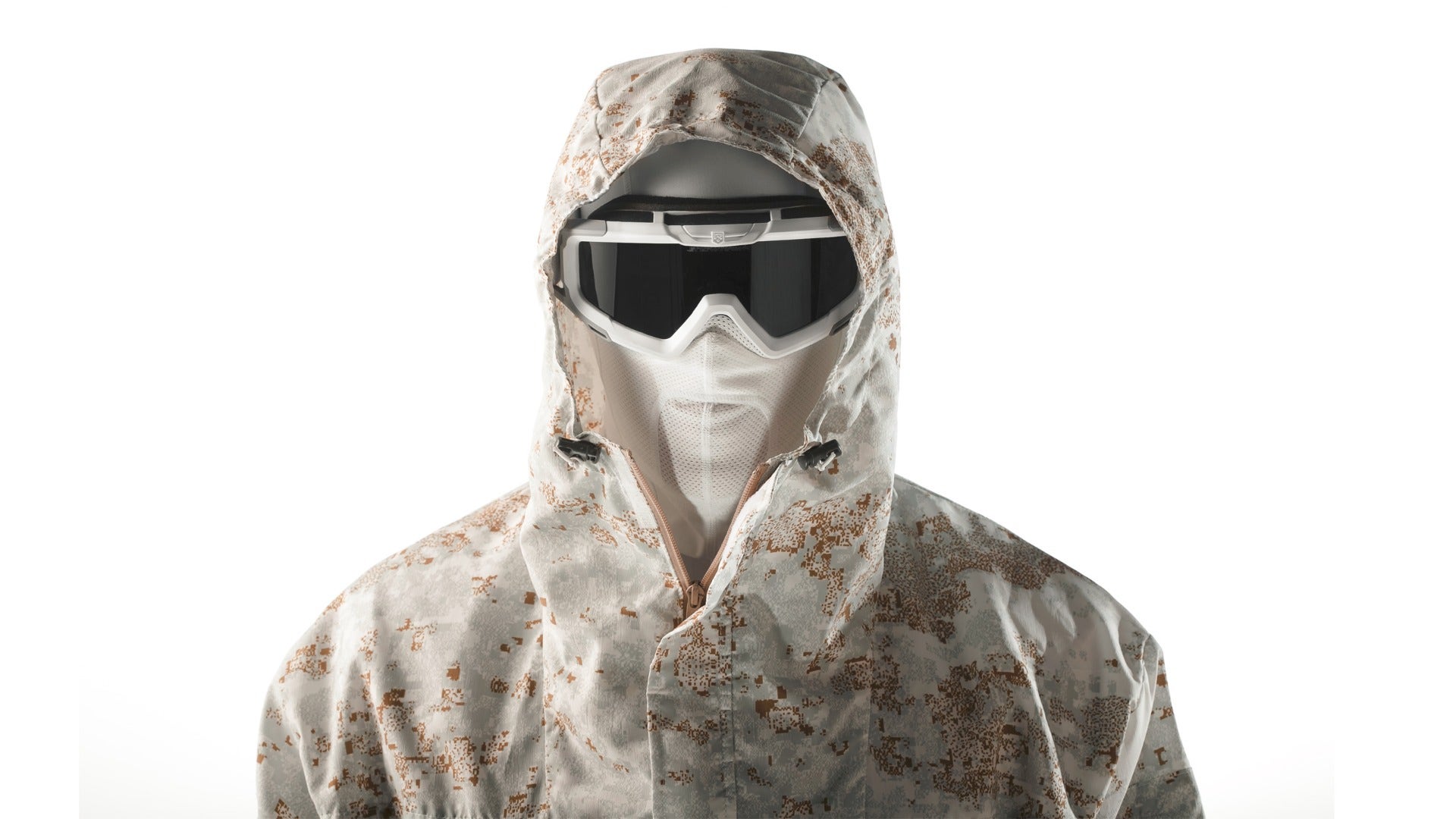 With improved comfort, functionality, and stability comes enhanced endurance and situational awareness. The SnowHawk Cold Weather System is low-profile and lightweight, with a sleek form-factor ideal for both tactical operations and extended-use missions. This efficient design ensures compatibility with helmets, binoculars, and night vision systems. Extensive time, attention, and resources were dedicated to ensuring the breathability and optical integrity of this cold weather system: Mesh over the mouth and nose directs breath away from the goggle; the dual-pane thermal gasket lens creates an insulated barrier; the goggle is compatible with Revision’s Rx Carrier for prescription lenses up to ±11D; built-in top and lateral forced-air vents provide constant airflow; and, Revision’s leading OcuMax® Plus coating is applied on the inside of the lens to prevent fogging, as well as a scratch-resistant hard-coat on the outside of the lens.

Cold climate operations have become an essential tactical focus for militaries around the world, with many dedicating more resources and training to maneuvers in the Arctic and other cold weather regions. This shift has generated a growing demand for gear that can withstand harsh conditions and function in extreme environments. The SnowHawk Goggle and Balaclava system has been tested in Revision’s Research & Development laboratory, and this system has undergone rigorous review by multiple organizations and in many diverse environments and conditions, including in Alaska, California, Norway, Canada, and atop Mount Washington, NH, a location known to be one of the coldest and harshest in the U.S. In one scenario in particular, the extreme cold weather goggle system was subjected to a -15°F (-26°C) cold soak and gusts of snow. Despite these strenuous trials, Revision’s extreme cold weather goggle system rated highly for deployability, performance, and usability. Revision’s SnowHawk Cold Weather Goggle System is engineered to withstand the harshest and most unforgiving terrain on the planet.